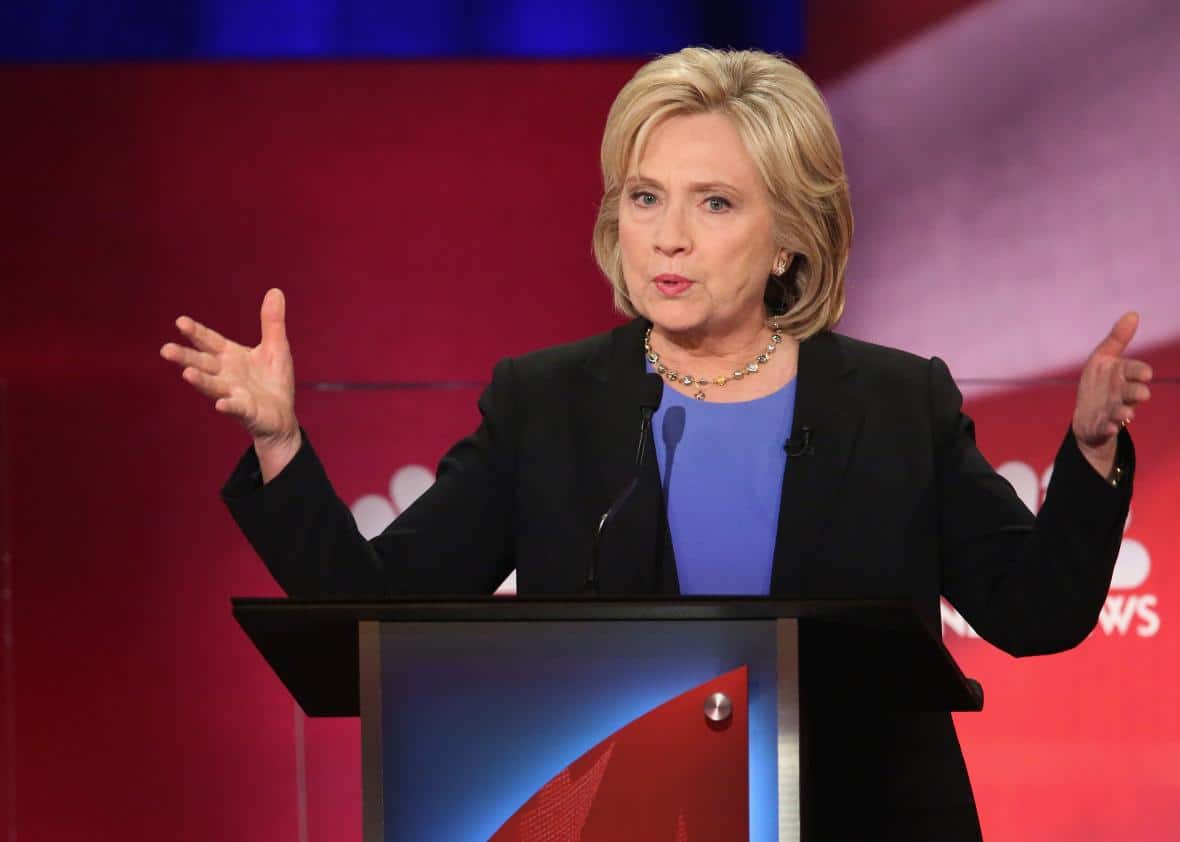 Note: This is not an endorsement of Hillary Clinton. InstantGMP™ will be reporting on various aspects of the Presidential candidates’ platforms and their potential impact.

Presidential candidate Hillary Clinton has shaped her policies around lowering prescription drug costs and making access to medication much more cost efficient, especially for senior citizens. In her 2008 campaign, Clinton reiterated her desire to allow Medicare to negotiate with drug companies to help contain costs. Her current plan would stop stateside pharmaceutical manufacturers from charging excessive prices and rein in on marketing/advertising budgets of these companies by denying them tax breaks. The drug companies would have to invest in more research and development in exchange for tax payer support.

Stopping direct-to-consumer drug advertising is one of her highest priorities. Clinton cites that almost every country in the industrialized world bans direct to consumer advertising for multiple reasons: it increases drug costs, includes confusing; misleading; incomplete; or exaggerated claims, it is not effectively regulated and the money that companies are using to create these campaigns can be reinvested into R&D to continue innovation. She vows to eliminate corporate write-offs and wants to promote R&D tax credits. The Food and Drug Administration (FDA) would then be tasked to pre-clear ads funded by pharmaceutical manufacturers to ensure that they abide by certain restrictions and provide clear information to consumers.

Further into her healthcare platform, Clinton reiterates her stance on excessive profiteering by pharmaceutical companies. Drug companies would be required to reach certain research targets, boost their investment into R&D from revenue, and improve treatments in order to receive federal support. Consumers would benefit from this by receiving drug rebates directly from manufacturers.

Her plan has been met with reservations from the industry. Policy experts are skeptical and insiders fear that her plans would end up “stifling” research and development, rather that acting as a catalyst. Topher Spiro, Vice President for health policy at the Center for American Progress, notes that “let’s have a relationship between prices and spending on research and development.”

Spiro was one of a few that penned a piece entitled, “Enough is Enough” and lays out the costs associated with bringing a new drug to market. In 2014, the development costs for a new prescription drug averaged $2.6 billion. This number is up from $800 million in 2001, which would be around $1 billion in 2013 dollars. Another study shows that 14% of R&D spending in 2012 went to additional research on drugs that had already received FDA approval rather than development of new drugs. Finally, 9 out of 10 of the largest pharmaceutical companies spent more on marketing than R&D by targeting physicians in direct-to-consumer advertisements.

Dr. Scott Gottlieb, board member of several pharmaceutical companies, notes that no two pharmaceutical companies are the same. It would be hard to implement a revenue to R&D ratio across the board and across all the different categories of companies. A professor from Whartan School of Business, Patricia Danzon, was quoted as saying that spelling out what a company should spend on R&D is not an efficient method to encourage more R&D. Finally, Dr. Ezkiel Emanual, a former adviser to President Obama, makes a wonderful point: the system should reward innovation and improvements in health. While the ratio plan is one way of pushing the industry in that direction, it’s not the end game.

In order to limit out-of-pocket spending, Hillary Clinton seeks to increase competition for prescription drugs, drive down prices, and give consumers more choices. Her plan would increase competition for generics and generic versions of specialty drugs/biologics. The FDA’s Office of Generic Drugs would be fully funded to clear out the generic backlog. Her plan for biologics and generic specialty drugs would take the exclusivity period from 12 years to 7 and increase availability of generics in the spirit of competition. The FDA would be directed to give priority review to biosimilar applications that have only one or two competitors on the market.

Clinton is in favor for drug reimportation – but her stance differs from Trump’s. Drugs that are cheaper and procured from another country would be allowable on an individualized basis. The drugs would have to come from a country with similar safety standards as the United States (think Canada) and the FDA would be allowed to set careful standards for reimportation.

Of course, regardless of where you fall on the political spectrum, the issues aren’t as simple or as cut and dry as they appear. It’s also important to remember that while the candidates vow to do this and that, an overhaul of the system will take an act of Congress.

It doesn’t take an act of Congress to manufacture quality Pharmaceuticals and Biotech! InstantGMP™ PRO can help your company shift from a paper-based system to Electronic Batch Records. Learn more about InstantGMP™ PRO by viewing the demo. Want a personalized demonstration to see how we can integrate with your current process? Sign up today.

The latest version of InstantGMP MES includes improvements to the Specifications module. These improvements include…

We have upgraded to InstantGMP Version 2.054.001 has been released and your instances have been…

In the newest version, InstantGMP MES v2.052, we’ve added a multitude of new features and updated…