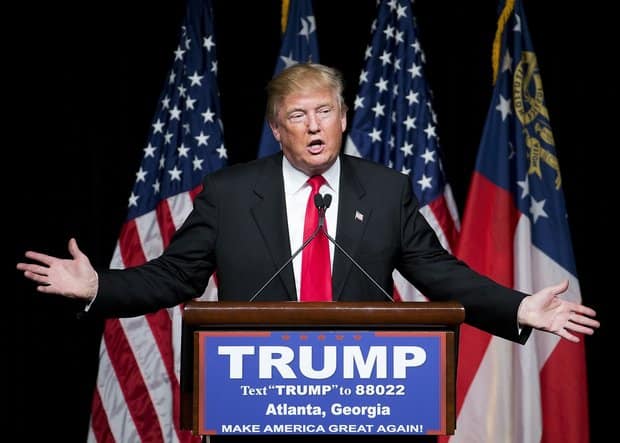 Note: This is not an endorsement of Donald Trump. InstantGMP™ will be reporting on various aspects of the Presidential candidates’ platforms and their potential impact.

Aside from Medicare concerns and the cost of pharmaceuticals, legalization of medical marijuana is a hot button issue in this election cycle. How does the Republican Presidential nominee feel about the subject? Donald Trump is a supporter of medical marijuana and is fine with states continuing to determine whether or not to legalize it for treatment.

His second-in-command, Mike Pence, is the polar opposite. The Governor of Indiana has a history of being tough on drugs and after perusing his voting history, is especially tough on marijuana.

Indiana is tough on marijuana and is behind the very controversial new laws for those in the vaping industry. The new laws for manufacturers and sellers of vape products must have a business license, keep batch records, and must be under 24/7 surveillance by a state-approved security company – to state a few requirements.

Possession of any amount of marijuana is a misdemeanor and carries 180-days in jail. Those with prior drug offenses can expect a minimum of one year and a maximum of almost three years depending on how much they are busted for according to this post.

In 2013, Indiana House Bill 1006 was introduced in an effort to overhaul the state’s criminal code. Several members of the state legislature sought to soften marijuana possession charges, but Pence refused the changes. He demanded that the charges be bumped up to a higher misdemeanor class before he would sign the bill into law. Mike Pence is viewed as having an outdated stance on marijuana, mentioning over several occasions that it is very much a gateway drug.

House Bill 1006 also requires that those sentenced must serve at least 75% of their time, up from the previous threshold of 50%.

The Republican party has been mum about medical marijuana and softening its stance on the cannabis industry as a whole, but Donald Trump has pledged his support in continuing to allow states to make their decisions and is supportive of further research breakthroughs. To him, medical marijuana is a viable alternative to traditional pharmaceutical treatments.

Manufacturers that focus on cannabis and medical marijuana products can enjoy a software solution that their pharmaceutical counterparts use – Electronic Batch Records – to simplify their process and improve the quality of their products. InstantGMP™ MES has several other benefits, so be sure to check out the demo. Sign up for a personalized demonstration and we’ll show you how our software can integrate with your current process and more.

InstantGMP Vape will be attending the Vapor World Expo in Rosemont, IL on May 7-8!…